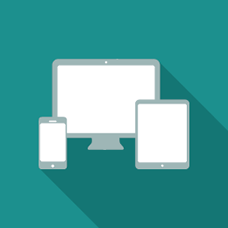 The Erie Otters are a major junior ice hockey team based in Erie, Pennsylvania. The Otters are a member of the Midwest Division of the Ontario Hockey League, and only one of three American based teams in the league.

The Otters had a need for greater fan interaction, and turned to Epic Web Studios to implement a solution that kept fans engaged with the team both in-arena as well as at home.

The app features integration on iOS, Android and Amazon devices and is loaded with exciting features specific to hockey fans around the globe. Real-time scoring updates, roster information, team history and more can be found within the app - which also has a custom back-end admin system for creating both both in-game and promotional push notifications by front office administration. Additionally, custom advertising integration and tracking is available, making the system ready for sponsorship opportunities.

Beyond team information, fans can use the app to track happenings around the entire Ontario Hockey League using the Live Scoreboard, as well as keep track of playoff series and brackets, all within the same app. It is truly a one-stop-shop to cover the needs of any Erie Otters fan, and even OHL fans in general.

Whatever your goals might be, Epic Web will work hard to help you achieve them.

Call (814) 746-6987, email info@epicwebstudios.com, find us on social media, or fill out this form. Reach out today, we are confident it will be worth your time.

Return to Our Work